An evening of Two Halves 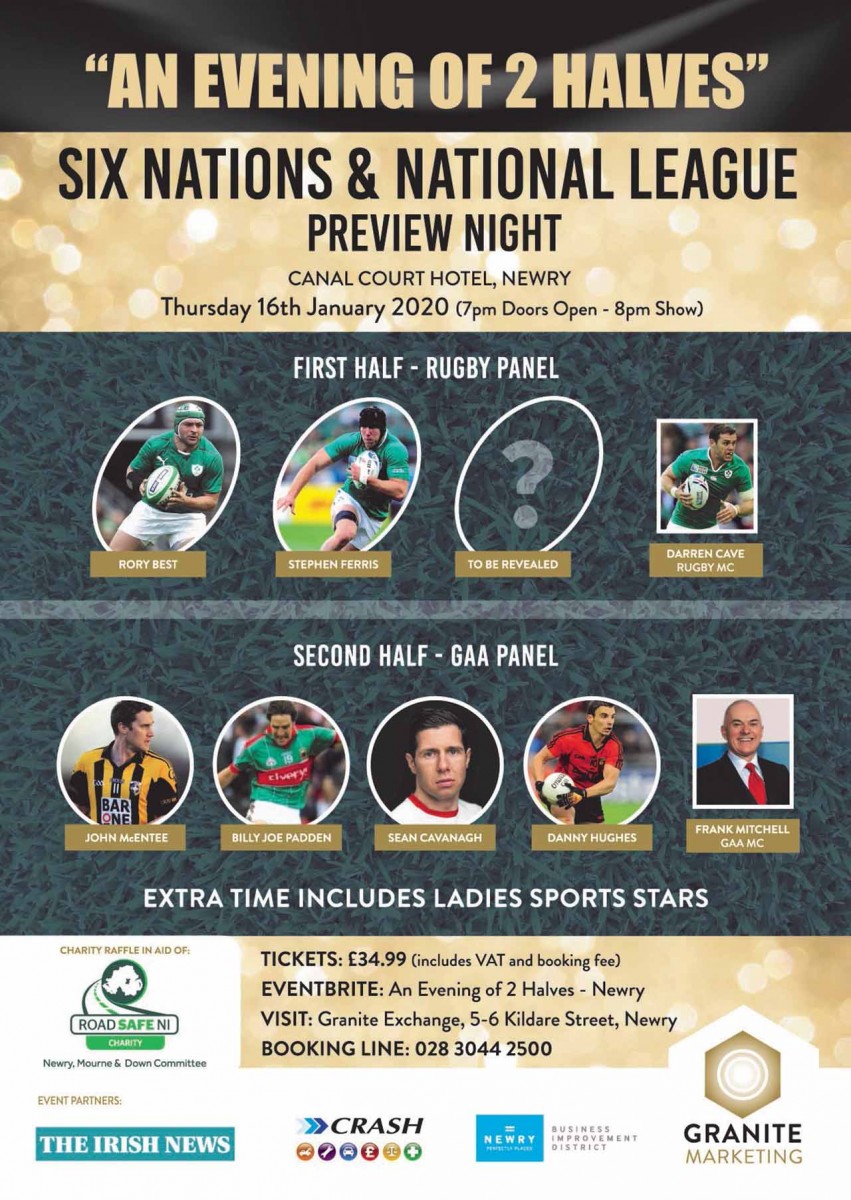 "An Evening of 2 Halves” launches in Newry ! An innovative new sports panel event which brings together Former International Rugby and GAA stars, and aptly entitled "An Evening

“An Evening of 2 Halves” launches in Newry !

An innovative new sports panel event which brings together Former International Rugby and GAA stars, and aptly entitled “An Evening of 2 Halves”, will be coming to the Canal Court Hotel on Thursday 16th January 2020.

The upcoming Six Nations Tournament and National Football League season will be the main theme of the discussion but the panellists will also look back on their own iconic careers and tell the inside story of what goes on behind the dressing room door!

The first half sees Ireland’s World Cup Captain Rory Best joined by other former Rugby stars (tbc) and Ulster’s most capped player Darren Cave acting as master of ceremonies it is a fantastic opportunity to real get into the detail of the upcoming championship.

Tony McKeown, Director of Granite Marketing who has devised the event commented “Panel events with sports stars are always popular, however, we wanted to go the extra mile and create something that little bit different. Bringing world-class athletes together to reflect on their careers and give an invaluable insight into team sports in the modern era whilst maintaining a relaxed, fun and engaging environment was top of our priority list.

We have some of the World’s top-level sports stars living in the greater Newry area who regularly perform at the highest level. We were delighted when they agreed to take part and form a very impressive line-up.

Doors open at 7pm and the show kicks off at 8pm sharp. There will be a charity raffle in aid of Road Safe NI to win some fantastic prizes. Tickets are limited to 400 so please book early !