Newry BID with its partners and stakeholders has scooped a major all island award in the Bank of Ireland ‘Begin Together’ Awards. The awards recognise the spirit of enterprise and resilience in towns and cities right across the island of Ireland.

Newry picked up the ‘City Award’, beating off stiff competition in the final from Grafton Street in Dublin. Newry will receive the sterling equivalent of €10,000 for the award. The judges were particularly impressed with the VIP shopper fob implemented across Newry city centre to offer incentives and awards to customers as well as track data. The winners were announced live on Twitter by Tommy Bowe with the overall winner- Kinsale, County Cork announced shortly afterwards on Virgin Media’s Ireland AM.

Eamonn Connolly, Newry BID Manager said, “We are absolutely overwhelmed to win. It is a real testament to the partnership work that goes on behind the scenes here in Newry in creating a safe, friendly and enjoyable place to live, work and do business. We have a tremendous number of partners who work in collaboration with us and help make things happen. On behalf of the Board and members of Newry BID I would like to thank them for all their work. This is a fantastic team effort.

“We already have a number of projects lined up with our partners which this award will help fund and we hope to announce this in due course.  I would like to thank Bank of Ireland and the team of judges for recognising the effort that goes on between local partners in Newry. This is a really difficult time for everyone not least the businesses in our city centre. This win will be a real boost for us all and we hope to see everyone benefit, in even a small way from the win.”

Paul Slevin, Branch Manager, Bank of Ireland Newry said, “We are absolutely delighted to get a win here in Newry. Bank of Ireland is at the heart of communities across the island. We can see the impact that this pandemic is having on businesses large and small, so I am delighted that some of this prize fund is coming to Newry. The work that Newry BID, its partners and other organisations do around our city is phenomenal. The win is very well deserved. On behalf of myself and the local team I would like to thoroughly congratulate Eamonn, the BID team and all its partners on delivering this tremendous boost for our city when we need it most.” 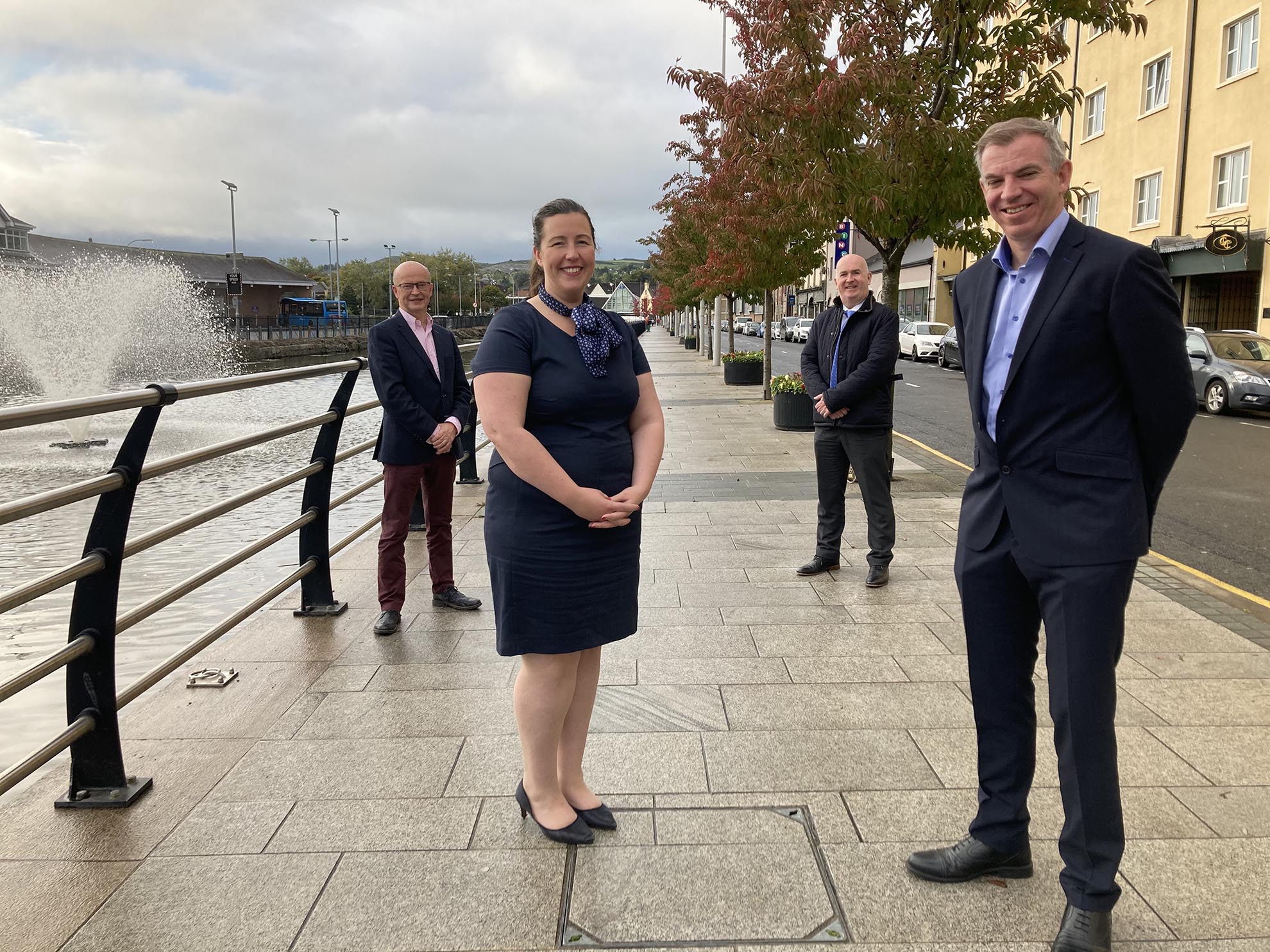 Business
Company Directors Scheme Details Announced
January 14, 2021
Today the Minister for the Economy announced the details for the Limited Company Director’s Support Scheme (LCDSS). ...
Business
SRC Business Support & Innovation Winter Series Of Webinars
January 13, 2021
At this Webinar Jimmy will: Show how you can have customised inventory management & scheduling systems ...
Coronavirus
Business Support Update 12th January 2021
January 12, 2021
We have been dealing with many enquiries over recent days in relation to business support. There are so many schemes, ...