Considered the fastest Sprint Triathlon in Ireland, 120 athletes competed in the 2017 event which saw local Newry Triathlete Finbar McGrady, who completed the 750m Newry Canal swim, 20km closed road cycle and 5km flat run in an impressive 58 minutes and 30 seconds, win the men’s race for a second year in a row. 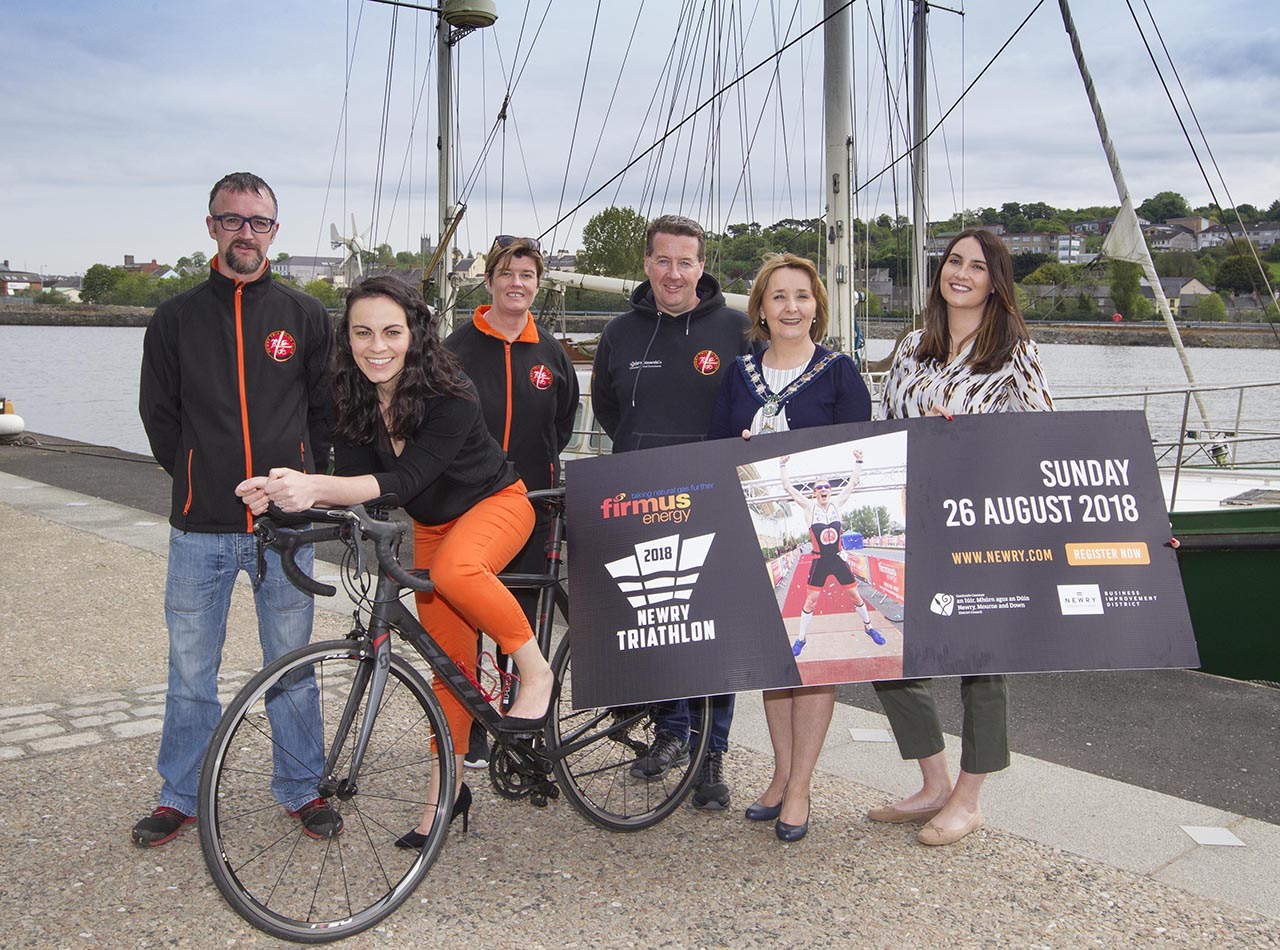 “Newry BID is delighted to come onboard as lead partner for a second year to the firmus energy Newry City Triathlon and are excited to work with firmus energy and Newry, Mourne and Down District Council on the event. Last year’s race was a great success and we are committed to making it a bigger, better race this year. Newry City lends itself perfectly for a Triathlon course and we love seeing the athletes getting their best times on the country’s fastest, flattest route.”

Local natural gas Distribution and Supply Company, firmus energy has been on board with the triathlon since the inaugural event in 2014.

“As firmus energy enters its 4th year of sponsoring the triathlon I’d like to encourage any aspiring athletes to give it a go, you still have plenty of time to get some training done and the local triathlon club are happy to offer advice and support to anyone interested. I’m also encouraging a few of our staff to give it a go as well!”

“The firmus energy Newry City Triathlon is a fantastic opportunity to showcase Newry and is enjoyed by competitors, families and spectators alike. The Council is proud to partner with Bid and firmus energy to deliver such a fun-filled event and we look forward to welcoming the many visitors it attracts to our wonderful City.

Registration is available on line at newry.com and entries cost £30.

To get the latest news on the 2018 firmus energy Newry City Triathlon visit the Facebook page: facebook.com/firmusenergynewrytriathlon.